Renovations to First Parish and the Bedford Alchemy Society have come to a halt! 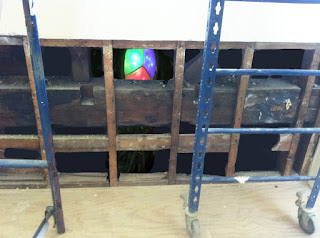 During the installation of Insulation workmen spotted at first what they thought to be an animal behind the walls of the 199 year old structure. Once a good description of the creature was confirmed. The Bedford Alchemist Society sent for famed Xeon biologist Boris Quellar  to try capture the very unusual creature. Its strange three segmented lensed eye appears to be illuminated from inside by some form of Bioluminesces.  Stay tuned for further reports.
Posted by Karl at 9:52 PM

From the Alternat history Department of the Bedford School of Alchemy 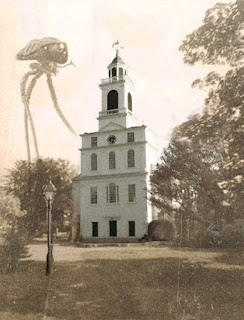 Visitation From Mars?
During the October 27th in 1901 a bright light streaked over the skies of Bedford. Eye witnesses report a tall machine moving across the town over the course of four following nights. This photo is the only evidence that we had been visited by beings from another world.
Although there are stories of a strange three legged creature being spotted in the windows of the belfry of First Parish Church on the Bedford common and another report of a sighting in the trees near the train depot. No evidence remains of the machine or of the creature. Witnesses describe the creature as having one glowing eye. The glowing bioluminescent eye segmented into three parts. There was also mention of three fingered hands with suction cups at there tips but all records from the witnesses where lost in the 1956 hurricane.
Posted by Karl at 7:27 AM 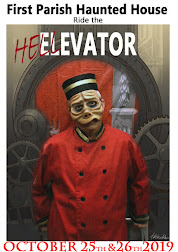 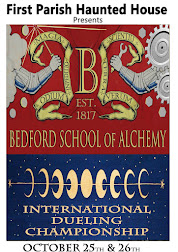 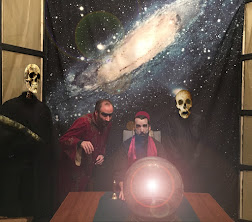 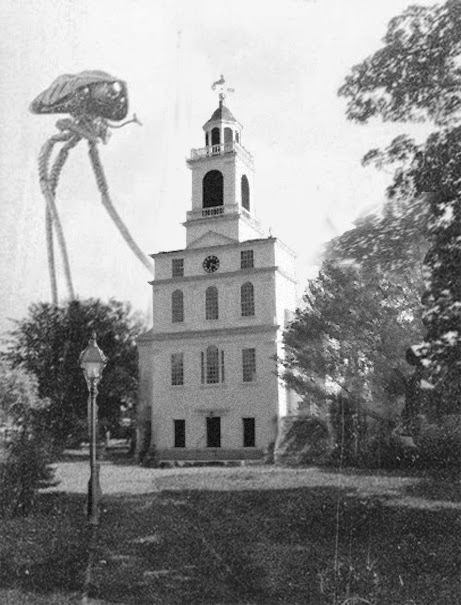 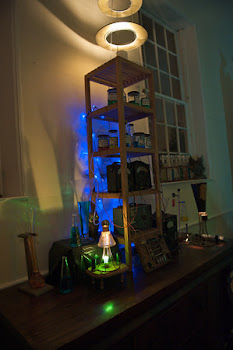 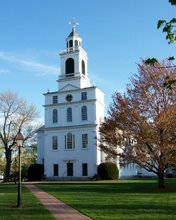 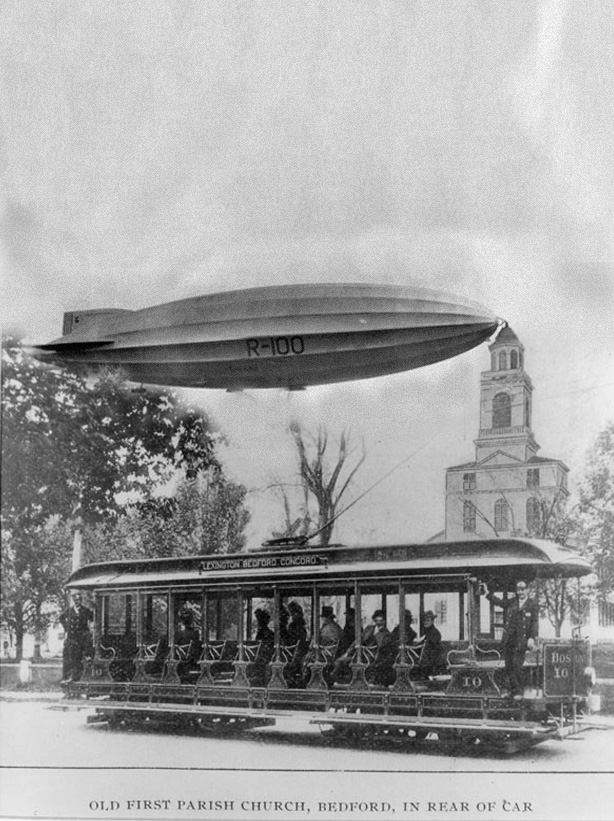 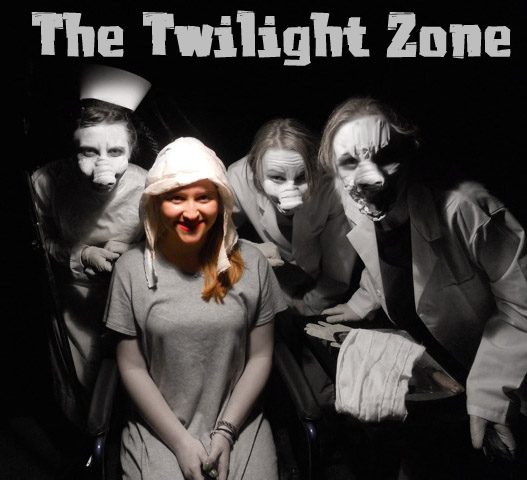 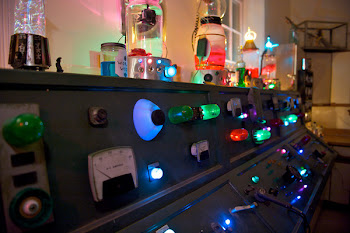 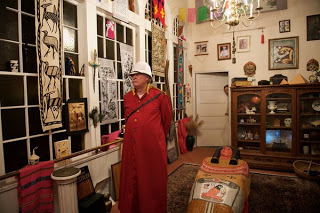